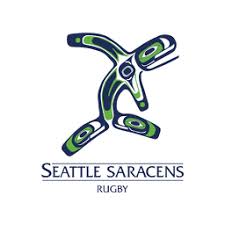 While studying business administration at the Farnborough College of Technology and Buckinghamshire New University in the UK, Logic20/20 CEO Christian O’Meara competed as a varsity rugby player, ultimately becoming captain of the Farnborough team. After relocating to Seattle in the mid-2000s, he became active in local rugby as both a player and a leader. Christian O’Meara played a pivotal role in the organization and formation of the Seattle Saracens.

Although the origins of the team date back to 1966, the Seattle Saracens assumed the current name in the wake of a 2004 merger of the Seattle Rugby Club and the Old Puget Sound Beach rugby programs. A driving force behind the Saracens can be summed up by the acronym TSPDS, short for ”the stuff people don’t see.”

Beyond the roughly 80 minutes of each game, the public face of the Saracens rugby program, there are endless hours of hard work that often go unnoticed. Saracens players, members, and volunteers contribute their efforts day-to-day, both within the program and out in the community. Key Saracens community endeavors include training/educating school kids and working with military veterans. At the heart of the TSPDS spirit are values of humility and family.